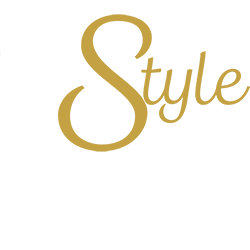 I was killing some time sitting at Banana Republic in San Francisco between meetings and ended up having a fascinating conversation with one of the salesman.  He was well dressed, in his late 40’s or early 50’s and didn’t know who I was or what I did.  He was telling me that when they have clothes that are a little more colorful (a lighter turquoise, a pink or a purple), they never sell.  He said it just sits in the store eventually ending up on the sale rack.

It’s like a uniform, it reminds of the pilgrims back in the 16th and 17th centuries.  Everybody looked alike. They all wore black.  Everybody in Spain wore black.  That was “the” fashionable color to wear, at that time. It seems like we’re going into a new phase where everybody basically dresses alike.  This is nothing new, people have always messed similarly to those in their community.  It’s just the new costume of the day.

Personally, I feel it’s a bit of an androgynist look.  For the most part, men look the same as the women, unless you are wearing a dress.   The basic everyday look or “dress code” these days are jeans.  Both men and women wear the same bottoms… some shade of blue or black jeans. It’s only the tops they wear that are different as well as the shape that’s underneath.  Weather you have hips or no hips, boobs or no boobs.  I’m finding this androgynist way of dressing fascinating. .. a bit StarTrek like.

I’m trying to figure out what happened to the American man to cause them not to want to wear color anymore.  The man in the store I was speaking with said that it’s the European men that will buy the pink shirt, the purple shirt or the turquoise shirt.  Otherwise, its just “plain colors”.  It’s a bit like the Amish, who wear the same “plain” colors.  What happened?  What’s going on?

Does everyone want to look the same?  Is it comfortable and safe to blend in?  Do men feel like they would stand out in a negative way if they wore a more distinctive or brighter color?  Do European men stand out as being “European” because they wear color?  During the 10+ years I lived in Europe, I remember that men’s pants and shorts and suits were certainly more colorful than those in the US. I like it!  It gave them character.  It made them stand out.

How do you feel about wearing colorful clothes?